F. P. Lock has been Professor of English at Queen's University at Kingston, Canada, since 1987, having previously taught at the University of Queensland, Australia. A specialist in eighteenth-century studies, his previous books include The Politics of 'Gulliver's Travels' (1980), Swift's Tory Politics (1983), and Burke's 'Reflections on the Revolution in France' (1985). While researching his biography of Burke (the first volume of which appeared in 1999), he discovered about sixty new Burke letters, which have been published in the English Historical Review (1997-2003). 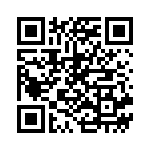