Side 90
At last , on 11 September , Grimethorpe agreed to go back , accepting the offer of
a local investigation made the week before . The Board had a good case , on
paper , that the reassessment of tasks was part of an agreement entered into by
the ...
Side 158
Panic - stricken , the Delhi Muslims fled , after some days of rising disorder and
outrage at the beginning of September ; and pending their transfer elsewhere
had to be accommodated in improvised camps , notably the famous Purana Quila
.
Side 178
Its task was to prepare , by 1 September , a report for the Assembly ' on the
question of Palestine ' , and make proposals for its solution . It was given the
widest powers of investigation , both in Palestine and elsewhere , and was to
devote the ... 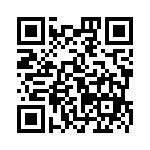