Side 33
France was as ingrateful to him , where he had not been kindly treated , and was
looked upon as one who had been always addicted to Spain , and no friend to
that Crown . So that he was willing to find a good occasion to spend the
remainder ...
Side 193
They who fled out of Worcester , and were not killed but made prisoners , were
treated best , and found great humanity ; but all the foot , and others who were
taken in the town , except some few officers and persons of quality , were driven
like ...
Side 335
The allowance was retrenched , that their attendants and servants might be
lessened , and order was given that they should be treated without any addition
of titles , and that they should sit at their meat as the children of the family did ,
and all ... 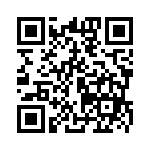