Side 73
... sustained in maintaining it has been requisite . His generous and polite attento
great ; that of the enemy , I understand , tion also to myself , the officers , and men
, amounts to something more than the same will ever hereafter be gratefully ...
Side 167
... Esq . also deceased , and anto haring taken into consideration the eminent
Mary Jane Ormsby , only child and heir of services which have been rendered to
the Owen Ormsby , late of Willowbrook , in the Empire by the Officers in the
service ...
Side 369
The general and staff officers of garri . Marshal Ney was discovered in the
cansons , who shall be at the same period in the ton of Figeac , in the department
of Lot , on 35th year of their service , or 60th of their the borders of the department
of ... 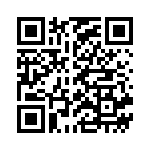