Side
BookPage "Shrewd at integrating biographical detail on the delegates into their debates, Berkin fares well in comparison with previous historians on the ...
Side
... Fo u r The TerUs of Tower 68 Chapter Five Schisms, Threats, and Compromises 96 Chapter Six 'Debating the Presidency Once ^Again 116 Chapter Seven.
Side
Chapter Six 'Debating the Presidency Once ^Again 116 Chapter Seven The Convention Ends 149 Chapter Eight The battle for notification 169 Chapter Nine The ...
Side 3
Congress members and senators took up critical issues, debating and passing emergency relief funding for New York City, aid packages for domestic industries ...
Side 8
Yet the papers of the founding fathers do not support this interpretation. Madison's remarkable record of the debates in 8 Carol Berkin.
Neste »

Nice little succinct book on the creation of the Constitution. The end of the book includes short biographies of everyone who took part in the convention (whether he signed or not), and the text of the Articles of the Confederation and the Constitution itself. Les hele vurderingen

Review: A Brilliant Solution, Inventing the American Constitution - by Carol Berkin……………..7 July 2013 This book published in 2002 should be a must read for all students of American History and ... Les hele vurderingen

CAROL BERKIN is the Presidential Professor of History at Baruch College and the Graduate Center of the City University of New York. 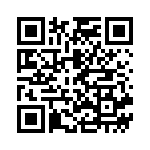