My favorite book about Gaďa. Stephan Harding succeeds in making a book that is at the same time scientific, pedagogic and poetic. It is worth noting that the title was inspired by a remark of his son. Les hele vurderingen

A good balance between didactic scientific explanation on recent developments in Earth sciences, deep ecological thoughts and the role of humans in this planet. Les hele vurderingen

Dr. Stephan Harding holds a doctorate in ecology from the University of Oxford. He is the coordinator of the MSc in Holistic Science at Schumacher College, where he is also resident ecologist and a teacher on the short-course program. He lives in Devon, England, where the college is based.Dr. Stephan Harding has been concerned with conservation of the earth and its creatures since he was a child, when he set up a conservation project on Hampstead Heath. He holds a doctorate in ecology from the University of Oxford, a degree in Zoology from the University of Durham, and has many years experience of ecological field research and of teaching at University level.The inspiration for Animate Earth came out of his work at Schumacher College, the international centre for ecological studies at Dartington, where he is Coordinator of the MSc in Holistic Science and Resident Ecologist.He has worked alongside many of the world's leading experts on ecological thought and action, including Jonathon Porritt, Fritjof Capra, Arne Naess, Joanna Macy, Hazel Henderson and James Lovelock, with whom he has collaborated for many years on the development of Gaian thinking. As a writer, lecturer and researcher, Stephan travels worldwide, giving talks and workshops on deep ecology and Gaia theory to a wide range of organizations, including universities. Author of numerous articles and papers, he advises the Dartington Hall Trust on the ecological restoration of its estate in South Devon. 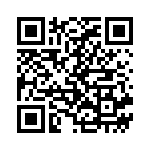