Side 144
Because of the reading of the Latin version , which has feruens equus ” , and the
above - mentioned entry in Bosworth ( 1876 ) , Schipper ( 1899 : 737 ) decides
after a long discussion that ćl is the noun ' fire ' and renders the passage as ' und
...
Side 256
Zeitlin cited three ME passages as exemplifying a jussive use of the plain
infinitive,10 but two of these can certainly be ... One passage is from Morris's
edition of The Proverbs of Alfred, where, Zeitlin suggested, the forms froueren,
coueren, and ...
Side 256
6 wepan ) ; but , as Callaway pointed out , these instances are to be interpreted
as subjunctives or dependent infinitives , and do not exemplify a jussive use of
the infinitive . Dubislav , and later Břgholm , cited a passage from Ćlfric as
showing ... 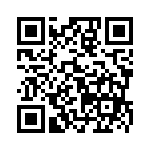