Side 196
I do not claim infallibility and as Buddha says there is nothing infallible, there is
nothing final and everything is liable to examination".3 His study of religions -
Hinduism, Christianity, Islam, Buddhism, as well as the social and economic
theories ...
Side 197
Having rejected Hinduism and everything connected with it in the religious, social
and political life, as well as the possibility of converting to Christianity, Sikhism or
Islam, Ambedkar was left with no other choice but to embrace Buddhism.
Side 203
That is why, Ambedkar argued, "it is unnecessary for the Buddhist people to go to
Karl Marx to get the foundation. The foundation is already there, well laid".
Repudiating violence and dictatorship as a means of achieving aims, he
considered ... 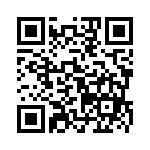