Side 243
In an opinion by KENNEDY , J. , joined by REHNQUIST , Ch . J. , and O'
CONNOR , SCALIA , THOMAS , and BREYER , JJ . , it was held that ( 1 ) the
Fourth Amendment does not prohibit police officers from conducting searches on
a bus ...
Side 245
The fact that an encounter between police officers and citizens takes place on a
bus does not, on its own, transform standard police questioning of citizens into an
illegal seizure for purposes of the Federal Constitution's Fourth Amendment, ...
Side 254
seized when an officer approached sengers have refused to cooperate him in an
airport , showed him his does not ... the Court held that Immigration and rette or a
snack while the officers sengers to leave the bus for a cigaNaturalization ... 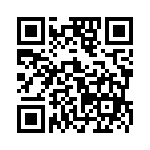