Gutzman is a great scholar and knows his early US history and Constitution history. This works is a good start for those who wish to look at those areas of history from a revisionist POV. What other ... Les hele vurderingen

Great book. Every US citizen should read this book

This is a great book. I learned so much about our Constitution. This should be what we learn in high school. Well written. I highlighted in three different colors as I read through this book because there was so much valuable information. Les hele vurderingen

Side 225 - ... the united states in congress assembled. The united states in congress assembled shall never engage in a war, nor grant letters of marque and reprisal in time of peace, nor enter into any treaties or alliances, nor coin money, nor regulate the value thereof, nor ascertain the sums and expenses necessary for the defence and welfare of the united...
Vises i 645 břker fra 1801-2008
Side 18 - His Britannic Majesty acknowledges the said United States, viz. New Hampshire, Massachusetts Bay, Rhode Island, and Providence Plantations, Connecticut, New York, New Jersey, Pennsylvania, Delaware, Maryland, Virginia, North Carolina, South Carolina, and Georgia, to be free, sovereign and independent States...
Vises i 520 břker fra 1739-2007
Mer
Side 226 - Canada acceding to this Confederation, and joining in the measures of the United States, shall be admitted into, and entitled to all the advantages of this Union: but no other colony shall be admitted into the same, unless such admission be agreed to by nine states.
Vises i 597 břker fra 1655-2008
Side 235 - The Congress shall have Power to dispose of and make all needful Rules and Regulations respecting the Territory or other Property belonging to the United States; and nothing in this Constitution shall be so construed as to Prejudice any Claims of the United States, or of any particular State. Section 4 The United States shall guarantee to every State in this Union a Republican Form of Government, and shall protect each of them against Invasion; and on Application of the Legislature, or of the Executive...
Vises i 954 břker fra 1814-2008
Side 225 - Congress shall judge sufficient, or being present, shall refuse to strike, the Congress shall proceed to nominate three persons out of each state, and the secretary of Congress shall strike in behalf of such party absent or refusing ; and the judgment and sentence of the court to be appointed, in the manner before prescribed, shall be final and conclusive...
Vises i 592 břker fra 1801-2008
Side 225 - The United States in Congress assembled shall also have the sole and exclusive right and power of regulating the alloy and value of coin struck by their own authority, or by that of the respective States : Fixing the standard of weights and measures throughout the United States : Regulating the trade and managing all affairs with the Indians, not members of any of the States ; provided that the legislative right of any State within its own limits be not infringed or violated...
Vises i 875 břker fra 1783-2008
Side 235 - No Person held to Service or Labour in one State, under the Laws thereof, escaping into another, shall, in Consequence of any Law or Regulation therein, be discharged from such Service or Labour, but shall be delivered up on Claim of the Party to whom such Service or Labour may be due. Section 3 New States may be admitted by the Congress into this Union; but no new State shall be formed or erected within the Jurisdiction of any other State; nor any State be formed by the Junction of two or more States,...
Vises i 561 břker fra 1814-2008
Side 225 - ... an oath, to be administered by one of the judges of the supreme or superior court of the state, where the cause shall be tried, 'well and truly to hear and determine the matter in question, according to the best of his judgment, without favor, affection, or hope of reward :' provided, also, that no state shall be deprived of territory for the benefit of the United States.
Vises i 542 břker fra 1796-2007
Mindre

Kevin R. C. Gutzman, J.D., Ph.D. is associate professor of American history at Western Conneticut State University. He received his Master of Public Affairs from the University of Texas, his J.D. from the University of Texas School of Law, and his M.A. and Ph.D. in American history from the Univeristy of Virginia. Dr. Gutzman is the author of Virginia's American Revolution: From Dominion to Republic, 1776-1840 and was a featured expert in the documentary film John Marshall: Citizen, Statesman, and Jurist. He has written scores of articles and encyclopedia entries, as well as reviews of books, films, and exhibitions for magazines academic and popular. He lives in Bethel, Connecticut, with his three children. 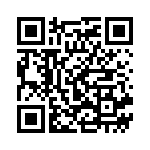