Side 241
Assigned as an On January 4 , 1960 , Reilly presented associate director , he
assisted in the conhimself at the New York office of CCS , duct of a campaign and
later , as a direcand there informed the Vice President tor , conducted campaigns
...
Side 463
... New York City , does not reflect in the slightest degree on for appellant Antonio
Corallo . former Assistant United States ... or on Judge Leo F . District of New
York , Nathan Lewin , Rayfiel , before whom Moore and the othWalter T . Barnes
...
Side 733
York single publication rule appellant's See , e . g . , Youmens v . ... doctrine
plaintiff's action is controlled by 13 survived , however , and provided the con
rather than $ 51 - a of the New York ceptual framework for a precursor , in Civil
Practice ... 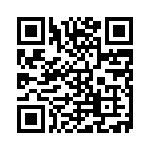