Gerald R. Ford was born Leslie Lynch King Jr. on July 19, 1914, in Omaha, Nebraska. His parents divorced and his mother moved them back to Grand Rapids to be near her parents. Two years later, Ford's mother remarried Gerald R. Ford and the couple renamed the baby after Ford's new stepfather. His name was officially changed on December 3, 1935. Ford attended South High School in Grand Rapids, Michigan where he was named to the honor society, as well as to the "All City" and "All State" football teams. He achieved the rank of Eagle Scout in 1927 and earned money by working for the family paint store and at a local restaurant. Ford attended the University of Michigan at Ann Arbor from 1931 till 1935. he majored in economics and political science and played on the school football team, being voted MVP in 1934. He graduated with a Bachelor of Arts Degree in 1935. Ford received two offers from professional football teams when he graduated college. Both the Detroit Lions and the Green Bay Packers offered him a position on their respective teams, but he turned both offers down. Instead, Ford chose to go to Yale and take the position of boxing coach and assistant varsity football coach, hoping to get into the law school there. He was admitted into Yale in 1938 and managed to graduate in 1941 in the top 25 percent of the class despite his full time coaching positions. He also worked for Wendell Wilkins presidential campaign in 1940, giving him his first taste of politics. Ford returned to Michigan, passed his bar exam and opened up a law firm with Philip A Buchen in Grand Rapids. He also taught a course in business law at the University of Grand Rapids, served as line coach for the University's football team and became active in a republican group called the Home Front. In 1942, as World War II began, Ford entered the U.S. Naval reserves as an ensign. He rose to fitness instructor at a pre-flight school in Chapel Hill before beginning service on the USS Monterey in 1943. On board the ship, Ford worked as the athletic director and a gunnery division officer, and finally as the assistant navigator. He was discharged in 1946 as a lieutenant commander. Ford went back to Grand Rapids and joined a prestigious law firm there. He also ran for the Republican nomination for the U. S. House of Representatives in the 1948 election and won the seat. He served the House from January 3, 1949 till December 6, 1973, after having been reelected 12 times. He became a member of the House Appropriations Board in 1951. He was the ranking minority member of the Defense Appropriations Subcommittee in 1961, but his ambition was to become Speaker of the House. In 1963, Ford was appointed to the Warner Commission by President Johnson, to help investigate the assassination of President Kennedy. He co-authored "Portrait of the Assassin" with John R. Stiles, and the book was published in 1965. Ford then won the position of minority leader of the House in 1965, a position he held for eight years, never reaching his ambition of Speaker because the Republicans never gained the majority in his term. He also became President of the Senate, but never Speaker. Ford was appointed Vice President to Nixon after Spiro Agnew resigned the post in 1973. He became President when Nixon resigned as well in the aftermath of the Watergate scandal. In 1975, Ford was the target of two assassination attempts, both by women. He lost the 1976 Presidential election to Jimmy Carter after a term filled with political chaos and mistrust. He retired and wrote his memoirs, "A Time to Heal: The Autobiography of Gerald R. Ford," which was published in 1979. In 1981, both the Gerald R, Ford Library in Ann Arbor, Michigan and the Gerald R. Ford Museum in Grand Rapids, Michigan were dedicated. Ford published "Humor and the Presidency" in 1987. He died on December 26, 2006 of heart failure at the age of 93. 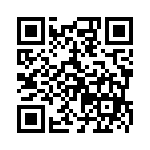