Side 118
188 ) AN ACT To provide penalties for using , manufacturing , selling or giving
away tokens , slugs , or spurious coins for the fraudulent operation of vending
machines , coin - box telephones or other receptacles , designed to receive
lawful ...
Side 355
In the event of the death of such child or heir prior to the death of the testator , the
issue of such ileceased child or heir shall receive the share the parent would
have received if living . If such pretermitted child or heir supposed to be dead at
the ...
Side 409
Bond given by those who receive proceeds . Before any distribution of the
proceeds of the estate of such presumed decedent , the persons , other than
creditors , entitled to receive the same , shall , respectively , give sufficient real or
personal ... 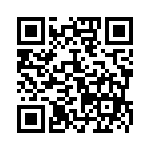