Side 9
... angles contained by those sides equal to one another , they shall also have
their bases or third sides equal ; and the two triangles shall be equal , and their
other angles shall be ! equal , each to each , namely those to which the cqual
sides ...
Side 28
Let ABC , DEF be two triangles , which have the two sides AB , AC equal to the
two sides DE , DF , each to each , namely , AB to DE , and AC to DF , but the base
BC ' greater than the base EF : the angle BAC shall be greater than the angle ...
Side 174
THEOREM . Triangles and parallelograms of the same altitude are to one
another as their bases . Let the triangles ABC , ACD , and the parallelograms EC
, CF have the same altitude , namely , the perpendicular drawn from the point A to
BD ... 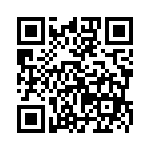