Side 4
Statement of the expenses of the national 6 27 1 Army in 1849, (part 1.) ieport of
Major General Scott on the state and operations of the - - 1 1 98 Army, with
returns, position, and distribution of the troops in 1849, (part 1.) Annual report of
the ...
Side 28
On the 24th, the whole army encamped on the ground which had been
previously selected for that purpose. It was well supplied with those essentials to
an army — abundance of good water, grass, and fuel; which latter article was
soon ...
Side 34
Certainly no army in - the field was ever better served, the evidence of which is
seen in what I have just written. I may also, I trust, be permitted here to say, in the
last official communication which I may address to you, f that in the discharge of ... 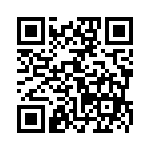