Jon Butler is William Robertson Coe Professor of American Studies and History and Professor of Religious Studies at Yale University. He is the author of Awash in a Sea of Faith: Christianizing the American People (1990), The Huguenots in America: A Refugee People in New World Society (1990), Power, Authority, and the Origins of American Denominational Order: The English Churches in the Delaware Valley, 1680-1730 (1978), and numerous articles and essays.
Harry S. Stout is Jonathan Edwards Professor of American Christianity at Yale University and the John B. Madden Master of Berkeley College. He is the general editor of OUP's Religion and America Series and co-editor of New Directions in American Religious History (OUP, 1997). He is author of The New England Soul: Preaching and Religious Culture in Colonial New England (OUP, 1986), and co-editor of Jonathan Edwards and the American Experience (OUP, 1988), and Benjamin Franklin, Jonathan Edwards, and the Representation of American Culture (OUP, 1993). 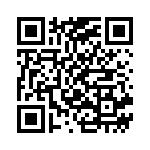