Jeffrey W. Legro is Professor of Politics at the University of Virginia. He is also the author of Cooperation under Fire: Anglo-German Restraint during World War II and Rethinking the World: Great Power Strategies and International Order, both from Cornell. 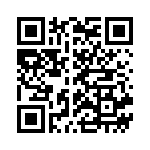