Jacob N. Kinnard is Associate Professor of Comparative Religious Thought at Iliff School of Theology. He is the author of Imaging Wisdom: Seeing and Knowing in the Art of Indian Buddhism and co-editor of Constituting Communities: Theravada Traditions in South and Southeast Asia. 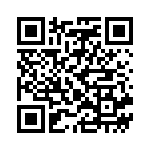