A welcome addition to my library.

The subject matter is something all Christians should study and apply if they plan to mature in their Christian walk. I was unable to download the audio despite several attempts. Les hele vurderingen

I have been a Christian for a long time and have witnessed to others, but NEVER in this way! The churches need to share this with us! It makes SOO much sense! Praise the Lord for these men and this book! Les hele vurderingen

Kirk Cameron is best known as the lovable teen heartthrob Mike Seaver of the award-winning television series Growing Pains. He entertained audiences worldwide as the charming troublemaker. He is also known to every Christian as Buck Williams from Left Behind: The Movie --based on the NY Times runaway best-selling novels by Tim LaHaye and Jerry Jenkins.

But much more noteworthy than his acting career was his conversion to Christianity. Kirk was not raised in a church-going home and describes himself as a staunch atheist from a very young age. By the age of eight, he was so convinced there was no God that he laughed at those who thought there was. But that all changed one afternoon as he sat in his sports car pondering the first gospel message he had ever heard.

Since becoming a Christian, Kirk has been a dedicated follower of Christ, making the most of every opportunity to further the Gospel. He has preached in churches and at community events across the country.

Kirk has teamed up in ministry with Ray Comfort through Living Waters, an evangelism outreach that equips Christians who want to evangelize by training them how to witness as Jesus did. This dynamic duo have co-authored the new Whitaker House release, The World's Greatest Preachers, which focuses on the best evangelical gospel messages ever delivered in history and on the men who preached the Good News of salvation through Jesus Christ.

Kirk and his wife, Chelsea, have six children and live in southern California.

Ray Comfort has written more than ninety books, hosts an award-winning TV program that airs in 190 countries, and his YouTube channel (LivingWaters.com) has had over 100,000,000 views. He lives with his wife, Sue, in Southern California. 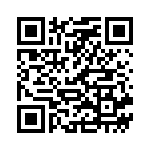