A legal historian of Osage and Cherokee heritage, Rennard Strickland is considered a pioneer in introducing Indian law into university curriculum. He has written and edited more than 35 books and is frequently cited by courts and scholars for his work as revision editor in chief of the Handbook of Federal Indian Law. Strickland has been involved in the resolution of a number of significant Indian cases. He was the founding director of the Center for the Study of American Indian Law and Policy at the University of Oklahoma. He is the first person to have served both as president of the Association of American Law Schools and as chair of the Law School Admissions Council. He is also the only person to have received both the Society of American Law Teachers (SALT) Award and the American Bar Association's Spirit of Excellence Award. Strickland was the dean of the law school from 1997 to 2002. 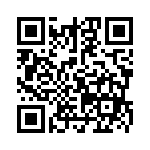