Side 94 - The derivation of religious needs from the infant's helplessness and the longing for the father aroused by it seems to me incontrovertible, especially since the feeling is not simply prolonged from childhood days, but is permanently sustained by fear of the superior power of Fate. I cannot think of any need in childhood as strong as the need for a father's protection.
Vises i 47 bĝker fra 1922-2006
Side 24 - The culture of a people is an ensemble of texts, themselves ensembles which the anthropologist strains to read over the shoulders of those to whom they properly belong.
Vises i 153 bĝker fra 1877-2007
Mer
Side 88 - A people's ethos is the tone, character, and quality of their life, its moral and aesthetic style and mood; it is the underlying attitude toward themselves and their world that life reflects. Their world view is their picture of the way things in sheer actuality are, their concept of nature, of self, of society. It contains their most comprehensive ideas of order.
Vises i 111 bĝker fra 1941-2007
Side 88 - Without further ado, then, a religion is: (1) a system of symbols which acts to (2) establish powerful, pervasive, and long-lasting moods and motivations in men by (3) formulating conceptions of a general order of existence and (4) clothing these conceptions with such an aura of factuality that (5) the moods and motivations seem uniquely realistic.
Vises i 217 bĝker fra 1888-2008
Side 19 - There are at least three points where chaos - a tumult of events which lack not just interpretations but interpretability — threatens to break in upon man: at the limits of his analytic capacities, at the limits of his powers of endurance, and at the limits of his moral insight. Bafflement, suffering, and a sense of intractable ethical paradox are all, if they become intense enough or are sustained long enough, radical challenges to the proposition that life is comprehensible and that we can, by...
Vises i 31 bĝker fra 1966-2006
Side 21 - In religious belief and practice a group's ethos is rendered intellectually reasonable by being shown to represent a way of life ideally adapted to the actual state of affairs...
Vises i 21 bĝker fra 1966-2006
Side 81 - It will be our endeavour to suggest this unnamed Something to the reader as far as we may, so that he may himself feel it.
Vises i 15 bĝker fra 1954-2008
Side 111 - The ultimate goal of the human sciences is not to constitute man but to dissolve him. The critical importance of ethnology is that it represents the first step in a process which includes others.
Vises i 43 bĝker fra 1968-2007
Side 25 - phenomenalistic" observation of them alone one could not tell which was twitch and which was wink, or indeed whether both or either was twitch or wink. Yet the difference, however unphotographable, between a twitch and a wink is vast, as anyone unfortunate enough to have had the first taken for the second knows. The winker is communicating, and indeed communicating in a quite precise and special way...
Vises i 13 bĝker fra 1973-2007
Side 28 - The first of these is that culture is best seen not as complexes of concrete behavior patterns — customs, usages, traditions, habit clusters — as has, by and large, been the case up to now, but as a set of control mechanisms — plans, recipes, rules, instructions (what computer engineers call "programs") — for the governing of behavior.
Vises i 100 bĝker fra 1946-2007
Mindre 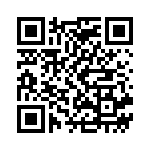