John Anderson is Emeritus Professor of English Language at the University of Edinburgh where he worked successively as a lecturer (1966-76), reader (1976-88), and professor (1988-2001). He is a Fellow of the British Academy and a Doctor Honoris Causa of the University of Toulouse-Le Mirail. He has been a visiting professor at universities in Denmark, Poland, Greece, and Spain; and given lecture series in Italy, Belgium, Austria, the former Czechoslovakia, Germany, and Hungary. His books include The Grammar of Case (CUP, 1971); Old English Phonology (with Roger Lass, CUP, 1975); Principles of Dependency Phonology (with Colin J. Ewen, CUP, 1987); Linguistic Representation (Mouton de Gruyter, 1992); A Notional Theory of Syntactic Categories (CUP, 1997), and Modern Grammars of Case (OUP, 2006). 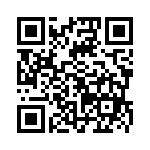