A woman whose pioneering work in the 1970s still makes front-page news, Donella Meadows was a scientist, author, teacher, and farmer widely considered ahead of her time. She was one of the world's foremost systems analysts and lead author of the influential Limits to Growth--the 1972 book on global trends in population, economics, and the environment that was translated into 28 languages and became an international bestseller. That book launched a worldwide debate on the earth's capacity to withstand constant human development and expansion. Twenty years later, she and co-authors Dennis Meadows and Jorgen Randers reported on their follow-up study in Beyond the Limits and a final revision of their research, Limits to Growth: The 30-Year Update, was published in 2004.

Dennis Meadows is Emeritus Professor of Systems Policy and Social Science Research at the University of New Hampshire, where he was also Director of the Institute for Policy and Social Science Research. In 2009 he received the Japan Prize for his contributions to world peace and sustainable development. He has authored ten books and numerous educational games, which have been translated into more than 15 languages for use around the world. He earned his Ph.D. in Management from MIT, where he previously served on the faculty, and has received four honorary doctorates for his contributions to environmental education.

Jorgen Randers is professor of climate strategy at the BI Norwegian Business School, where he works on climate issues and scenario analysis. He was previously president of BI and deputy director general of WWF International (World Wildlife Fund) in Switzerland. He lectures internationally on sustainable development and especially climate, and is a nonexecutive member of a number of corporate boards. He sits on the sustainability councils of British Telecom in the UK and the Dow Chemical Company in the United States. In 2006 he chaired the cabinet-appointed Commission on Low Greenhouse Gas Emissions, which reported on how Norway can cut its climate gas emissions by two-thirds by 2050. Randers has written numerous books and scientific papers, and was coauthor of The Limits to Growth in 1972, Beyond the Limits in 1992, Limits to Growth: The 30-Year Update in 2004, and 2052: A Global Forecast for the Next Forty Years in 2011.  Randers lives in Oslo, Norway. 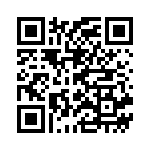