Side 376
I am inclined to believe them copies taken by some auditor who wrote down ,
during the representation , what the time would permit , then perhaps filled up
fome of his omiffions at a record or third hearing , and when he had by this
method ...
Side 377
William Shakespeare Edmond Malone, Nicholas Rowe. & Grac'd and frequented
; for the cradle age « Did throng the seats , the boxes , and the stage , “ So much ,
that some by Stenograpby drew “ The plot , put it in prini , scarce one word true ...
Side 618
But some parts are trifling , others shocking , and some improbable . JOHNSON .
I agree entirely with Dr. Johnson in thinking that this play from its first exhibition to
the present hour has been estimated greatly beyond its merit . From the many ... 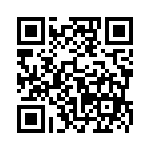