Side 109
By analogy with the latter group , other linear dyke complexes , for example the
Oxfordshire Grim ' s Ditch dyke system ... Newly identified candidates for the
status of oppidum include examples at Ilchester , Somerset ( Leach and Thew
1985 ) ...
Side 156
But in this zone there were also immigrants from Turdetania ( part of Roman
Baetica ) , Turduli , who , by contrast , established communities that may be
described as “ proto - urban ' at , for example , Balsa ( Tavira ) , Ossonoba ( Faro )
, Myrtilis ...
Side 168
Furthermore , stylistic similarities are often discernible between buildings in
different towns of the province ; the temple at Ebora , for example , was closely
modelled on the so - called ' Temple of Diana ' ( but most likely a temple for the
imperial ... 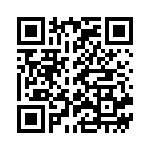