Michael Henrik Wynn (born, 1973) is a Norwegian writer and poet based in Norway. He is also the editor and the publisher of this book, and has written the short introduction, in addition to a short story and some poems.

Margie Harris was a female pioneering pulp writer in the gangster genre. The dates of her birth and death are unknown, but scholars estamate that she was 50 years old in 1930.

J.-H. Rosny is the pen name for two Belgian brothers: Joseph Henri Honoré Boex (1856–1940) and Séraphin Justin François Boex (1859–1948). They are perhaps best known today for their stories set in prehistory, but they were important writers in the history of French science fiction.

Tod Robbins (1888 - 1949) was a best selling fiction writer from the early twentieth century.

Robert E. Howard (1906-1936) was a prolific American pulp writer and poet, best known for creating the character Conan the Barbarian.

Angel Uriel Perales is a poet based in Los Angeles

Joshua Kwesi Knowlife is a writer, poet and publiscist from Ghana.

Okamoto Jun was an influential Japanese poet and anarchist.

Amy Lowell was an imagist poet, and follower of Ezra Pound. 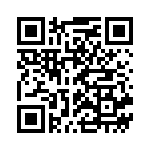