Side 159
... Richard Whittington Whitlock . John G . Laughlin , Jr . argued the cause for the
United States , as amicus curiae , urging reversal . With him on the brief were
Solicitor General Cox , Assistant Attorney General Orrick and Herbert E . Morris .
Side 421
Charles A . Brind filed a brief for the Board of Regents of the University of the
State of New York , as amicus curiae , in opposition to the petition for certiorari .
Briefs of amici curiae , urging reversal , were filed by Herbert A . Wolff , Leo
Rosen ...
Side 451
Cloyd Laporte and John Mason Harding filed a brief for the Church Fire
Insurance Corp . et al . , as amici curiae , urging affirmance . Jack P . F .
Gremillion , Attorney General of Louisiana , filed a brief for the State of Louisiana ,
as amicus ... 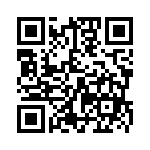