Side 6 - It may fairly be said that leaving accommodation to the political process will place at a relative disadvantage those religious practices that are not widely engaged in; but that unavoidable consequence of democratic government must be preferred to a system in which each conscience is a law unto itself or in which judges weigh the social importance of all laws against the centrality of all religious beliefs.
Vises i 97 břker fra 1953-2008

Samuel A. Marcosson is Assistant Professor of Law, Brandeis School of Law, University of Louisville. 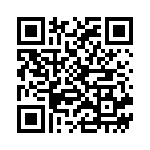