Dr. O'Quin currently lives in Washington State where he continues to Pastor, teach, counsel, and do speaking engagements when called on by other churches. 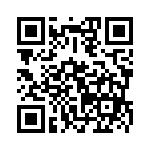