Side 207
Nay , are we not so happy as to possess in our midst very many good men , who
are the salt of the earth , the ten righteous in Sodom , who have long , in a certain
mild , weak way recited , deplored , and attempted to expose , exactly the same ...
Side 261
It is far from our thought in this paper to attempt a symmetrical defence of all the
words and positions taken up by Erasmus ; either to attempt a thorough and
symmetrical impeachment or defence would imply a much closer acquaintance
with ...
Side 355
Next , he was asked , had he made any attempt to calculate the distance of the
planet from the sun . He modestly answered , that he was no mathematician , but
he had been attempting some calculations . “ You must send me the rough draft
of ... 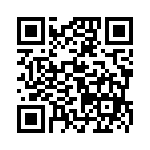