A classic that i read before. Yet, would like to read agaian! Les hele vurderingen

Paul Wood is co-editor of Art in Theory 1900 - 1990 (1992) and of Art in Theory 1815 - 1900 (1998). He has published widely on modern art and art history in a variety of journals and exhibition catalogues. He has edited The Challenge of the Avant Garde (1998) and co-edited Investigating Modern Art (1996) and has contributed to Realism, Rationalism, Surrealism, and Modernism in Dispute (both 1993) and to Critical Terms for Art History (1996). He is Senior Lecturer in the Department of Art History at the Open University.

Jason Gaiger is co-editor of Art in Theory 1915 - 1900 (1997). He has published various articles in the field of art history and aesthetics, and has been a visiting lecturer at the Universities of Essex, York and North London. He is currently Lecturer in Art History at the Open University. 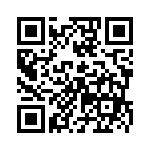