Side 539
12111 ( 8 ) ( emphasis commodate respondent , but for the added ) . fact , as the
Court explains , ante , at In this case , respondent sought a job 571-576 , 144 L
Ed 2d , at 533-537 , driving trucks in interstate comthat the program did nothing to
...
Side 851
A complaining party may recover punitive damages under this section against a
respondent ( other than a government , government agency or political
subdivision ) if the complaining party demonstrates that the respondent engaged
in a ...
Side 940
SUMMARIES OF BRIEFS ; NAMES OF PARTICIPATING ATTORNEYS Corbett
Gordon , of Portland , Oregon , argued the cause and , with Hei Guettler and
Kellis Collins , both also of Portland , Oregon , filed briefs for petitioner :
Respondent is ... 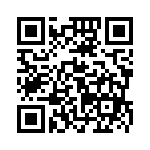