PATRICIA L. DOOLEY is Associate Professor and Director of Graduate Studies at the Elliot School of Communications at the University of Wichita. Her first book, Taking Their Political Place: Journalists and the Making of an Occupation, released in 1997, came out in paperback form in 2000. 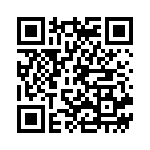