Dr. Peter Slater is a Kennedy Professor of Natural History at the University of St Andrews, in Scotland. He is a former Editor of the journal Animal Behaviour and past President of the Association for the Study of Animal Behaviour. He received the Association's medal in 1999. His research interests are in vocal communication, with emphasis on the development and organization of song in birds.

Dr. Jay S. Rosenblatt is the Daniel S. Lehrman Professor of Psychobiology in the Psychology Department of Rutgers University-Newark Campus, Newark, NJ. He is an Associate of the Animal Behavior Society and the American Psychological Association and has received honorary doctoral degrees from Göteborg University in Sweden and National University of Education at a Distance, Madrid. His interests include the study of parental behavior and behavioral development among animals.

Charles T. Snowdon is a Hilldale Professor of Psychology and Zoology at the University of Wisconsin, Madison. Currently editor of the Journal of Comparative Psychology, he was previously North American Editor of Animal Behaviour and has served as President of the Animal Behavior Society. He has held a Research Scientist Award from the National Institute of Mental Health since 1977. His research interests are in vocal and chemical communication, reproductive behavioral biology, parental care and infant development in cooperatively breeding primates. His students and collaborators work in both captive and field settings.

Tim Roper is Emeritus Professor of Animal Behaviour at the University of Sussex, UK. After completing a PhD in Experimental Psychology (Cambridge 1973) he undertook postdoctoral research at the Universities of Oregon and Cambridge. He was appointed Lecturer in Biology at the University of Sussex in 1979, Reader in 1993 and Professor in 1998. He was Honorary Secretary of the Association for the Study of Animal Behaviour (1982-87) and has served on the editorial boards of various journals, including Advances in the Study of Behaviour (1996-2014) and Animal Behaviour (as European Editor, 1991-96). He has also been appointed to a number of UK government advisory committees, including periods as Special Scientific Advisor to the House of Commons Agriculture Select Committee (1999-2000) and as advisor to the UK Government Chief Scientific Officer (2008). He has published 120 scientific papers on various aspects of animal behaviour and ecology, including animal learning, the evolution of insect warning coloration, the social and territorial behaviour of mammals, the transmission of bovine tuberculosis between badgers and cattle, the use of remotely collected DNA in estimating population size, urban wildlife management, and communal decision making in animals. He has co-authored a number of government reports and has authored one book (Badger, Harper Collins, 2010). He retired from the University of Sussex in 2010 and now works as a full-time house husband. 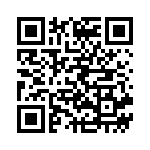