Side 95
FURTHER FIELD WORK AT THE GREAT WALL OF GORGAN By Hamid Omrani
Rekavandi (HO), Eberhard W. Sauer (EWS), Tony Wilkinson (TW), Esmail Safari
Tamak (EST), Roger Ainslie (RA), Majid Mahmoudi (MM), Seren Griffiths (SG), ...
Side 99
The Great Wall of Gorgan, marked by a scatter of fragments of the typical bricks,
follows the grass-covered ridge in the foreground, overlooking a deep valley to
the left, and extends to the vicinity of the vertical rock face in the Elburz Mountains
...
Side 113
coast at the time apparently being only "a good half- mile" west of the mound of
Gomish Tepe; this suggests that the Gorgan Wall, like the Tammishe Wall, ran
into terrain flooded by the Caspian Sea. Joining the Gorgan and Tammishe Walls
... 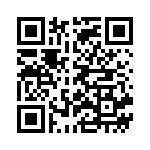