Side 386
Clearly the sceptre , like the axes of Troy , was not intended for use , but had a
purely symbolic value . The later prehistoric periods in Crete provide abundant
further evidence of this kind : the tombs of Zapher Papoura , and the warrior
graves ...
Side 464
Within settlements , as we have seen , there is clear evidence from the Korakou
culture and from Early Minoan II Crete that a ... clearly enhanced the status of the
élite , the leaders , with consequences at least as important socially as they were
...
Side 533
The rigorous geographical division of the Cyclades into North and South , with
the Syros group supposedly restricted to the north , is further belied by the
discovery of a jar , clearly of Keros - Syros inspiration , in Melos ( pl . 8 , 9 ) . 4 .
The Kastri ... 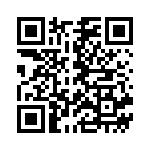