BERNARD SHULL is Professor Emeritus in the Department of Economics Hunter College, and a special consultant for National Economic Research Associates (NERA). He has held various positions in the Federal Reserve System, including Associate Advisor to the Board of Governors, he was also Senior Economist in the Office of the Comptroller of the Currency. He has published widely in professional and academic journals on issues of monetary, banking, and financial policy, and is the co-author of two books, Interest Rate Volatility and Bank Mergers in a Deregulated Environment (Quorum, 2001).

GERALD A. HANWECK is Professor of Finance in the School of Management, George Mason University. Dr. Hanweck has been a consultant to government agencies, an expert witness in litigation involving financial institutions and government agencies, and a visiting scholar with the Division of Insurance at the FDIC. He publishes extensively in the journals of his field and has co-authored one book, with Bernard Shull, on interest rate volatility. 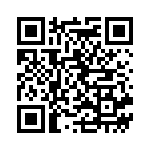