Side 329 - Board shall have jurisdiction to issue to such person an order requiring such person to appear before the Board, its member, agent, or agency, there to produce evidence if so ordered, or there to give testimony touching the matter under investigation or in question; and any failure to obey such order of the court may be punished by said court as a contempt thereof.
Vises i 589 břker fra 1776-2006
Side 326 - Columbia for a declaratory judgment that such qualification, prerequisite, standard, practice, or procedure does not have the purpose and will not have the effect of denying or abridging the right to vote on account of race or color...
Vises i 194 břker fra 1798-2006
Mer
Side 170 - When a man has emerged from slavery, and by the aid of beneficent legislation has shaken off the inseparable concomitants of that state, there must be some stage in the progress of his elevation when he takes the rank of a mere citizen, and ceases to be the special favorite of the laws, and when his rights as a citizen, or a man, are to be protected in the ordinary modes by which other men's rights are protected.
Vises i 249 břker fra 1870-2008
Side 331 - ... the Attorney General may institute for the United States, or in the name of the United States, a civil action or other proper proceeding for preventive relief, including an application for a permanent or temporary injunction, restraining order, or other order.
Vises i 126 břker fra 1937-2006
Side 329 - Columbia, within the jurisdiction of which the inquiry is carried on or within the jurisdiction of which said person guilty of contumacy or refusal to obey is found or resides or transacts business...
Vises i 417 břker fra 1776-2006
Side 320 - ... 1 ) incidents of such use have been few in number and have been promptly and effectively corrected by State or local action, (2) the continuing effect of such incidents has been eliminated, and (3) there is no reasonable probability of their recurrence in the future.
Vises i 52 břker fra 1948-2006
Side 323 - November 1, 1964, any test or device, and with respect to which (2) the Director of the Census determines that less than 50 per centum of the persons of voting age residing therein were registered on November 1, 1964, or that less than 50 per centum of such persons voted in the presidential election of November 1964.
Vises i 74 břker fra 1798-2006
Side 333 - test or device" shall mean any requirement that a person as a prerequisite for voting or registration for voting (1) demonstrate the ability to read, write, understand, or interpret any matter, (2) demonstrate any educational achievement or his knowledge of any particular subject, (3) possess good moral character, or (4) prove his qualifications by the voucher of registered voters or members of any other class.
Vises i 116 břker fra 1910-2007
Mindre 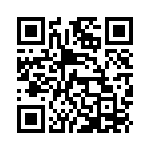