The ghosts of Hopewell: setting the record straight in the Lindbergh case

The author, a scholar and former FBI special agent, updates his 1987 The Lindbergh Case (Rutgers Univ.) to scrutinize theories on who really was responsible for the Lindbergh kidnapping, concluding ... Les hele vurderingen

Jim Fisher, who received an Edgar nomination for Fall Guys: False Confessions and the Politics of Murder, is a professor in the Department of Political Science and Criminal Justice at Edinboro University of Pennsylvania. He is also the author of The Lindbergh Case. He was a special agent for the FBI from 1966 to 1972. 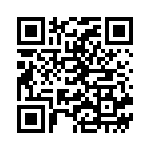