Side 63
Several thousand graves are also known at Haithabu - possibly as many as 5 ,
000 . Klavs Randsborg has calculated that this represents a population of about a
thousand , a number eight to ten times larger than the rural and royal settlements
...
Side 78
16 Haithabu Haithabu , or Hedeby ( in Danish ) , lies on the shore of Haddeby
Noor , a lake at the head of the river Schlei which opens into the Baltic Sea . Its
location was strategic , for the Schlei is navigable for much of its length , and with
a ...
Side 82
bank and ditch , which may have enclosed the settlement , rather like those at
Haithabu , Västergarn and Birka . Randsborg , however , believes that it was a
fence rather than a wall , which would explain its now vestigial character . If it did
... 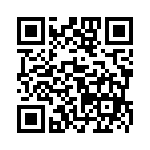