This latest – I hesitate to say final – book in Dolores’ Convoluted Universe series is, like the others, wonderful. It goes even further than before, to such an extent that many of the regressed ... Les hele vurderingen

If there were a Nobel Prize for bringing essential knowledge to humanity, Dolores Cannon should absolutely be the first to be awarded it. In my opinion, this volume is better and even more mind ... Les hele vurderingen

Dolores Cannon, a regressive hypnotherapist and psychic researcher who records "Lost" knowledge, was born in 1931 in St. Louis, Missouri. She was educated and lived in St. Louis until her marriage in 1951 to a career Navy man. She spent the next 20 years traveling all over the world as a typical Navy wife, and raising her family. In 1970 her husband was discharged as a disabled veteran, and they retired to the hills of Arkansas. She then started her writing career and began selling her articles to various magazines and newspapers. She has been involved with hypnosis since 1968, and exclusively with past-life therapy and regression work since 1979. She has studied the various hypnosis methods and thus developed her own unique technique which enabled her to gain the most efficient release of information from her clients. Dolores is now teaching her unique technique of hypnosis all over the world.

In 1986 she expanded her investigations into the UFO field. She has done on-site studies of suspected UFO landings, and has investigated the Crop Circles in England. The majority of her work in this field has been the accumulation of evidence from suspected abductees through hypnosis.

Dolores is an international speaker who has lectured on all the continents of the world. Her thirteen books are translated into twenty languages. She has spoken to radio and television audiences worldwide. And articles about/by Dolores have appeared in several U.S. and international magazines and newspapers. Dolores was the first American and the first foreigner to receive the "Orpheus Award" in Bulgaria, for the highest advancement in the research of psychic phenomenon. She has received Outstanding Contribution and Lifetime Achievement awards from several hypnosis organizations.

Dolores has a very large family who keep her solidly balanced between the "real" world of her family and the "unseen" world of her work. 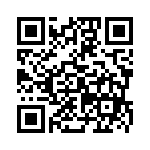