Baron Bo Gustaf Bertelsson Carpelan (25 October 1926 – 11 February 2011) was a Finnish poet and author. He published his first book of poems in 1946, and received his Ph.D. in 1960. Carpelan, who wrote in Swedish, composed numerous books of verse, as well as several novels and short stories. He is the only person as of yet to have received the Finlandia Prize twice. His poem, Winter was Hard, was set to music by composer Aulis Sallinen. Carpelan died of cancer on 11 February 2011. 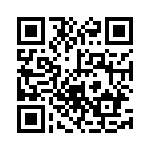