Have I seriously not written a review for this? It's a supremely fun picaresque journey into the origins of legends, written by someone who deeply loved them. This could actually the best thing Avram Davidson ever wrote. Les hele vurderingen

Avram Davidson was born in Yonkers, New York, in 1923. After spending some time at New York University, he served in the Marines from 1942 till 1946--and again saw action during the 1948 Arab-Israeli War. For two years in the early 1960s, Davidson edited The Magazine of Fantasy & Science Fiction. He earned awards and accolades throughout his life for his SF writing, including the Hugo Award, the Edgar Award, the Ellery Queen Award, and three World Fantasy Awards. Davidson died in 1993. 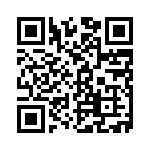