Side 15
Brown's Vulgar Errours. o to : Jo * o so LACKEY. n.s. [laquais, Fr.] An attend-|
LACTA'tion. n.s. [lacto, Lat.] The act or time of giving suck. LA'CTEAL. adj. [from
lac, Lat.] Milky; conveying chyle of the colour of milk. As the food passes, the
chyle, ...
Side 24
Brown, | h LA'UGHINGLY. adv. ... We may reasonably conclude a right and left
laterality in the ark, or naval edifice of Noah. Brown. LATER ALLY. adv. ... In
vipers, she has abridged their malignity by their secession or latitancy, Brown's
Vulg.
Side 58
Brown. Lipped. adj. [from lip.]. Having lips. Li'PPitu DE. m. s. [lippitude, Fr.
lippitudo, I at..] Blearedness of eyes. Diseases that are infectious are ; such as
are in the o and not so much in the humours, and therefore pass easily from body
to body; ...
Side 68
Brown's Vulg. Err. That innocent and holy matron had rather go clad in the snowy
white robes of meekness and (wngananity, than in the purple mantle of blood.
Howel's England's Tears. Lo'NGBoAt. m. s. [The largest boat belonging to a ship.
Side 86
Brown's Vulg. Er. Pretences go a great way with men that take fair words and
magisterial ło, for current payInent. L'Estrange. Those men are but trepanned
who are called to govern, being invested with authority, but bereaved of power;
which ...
Neste » 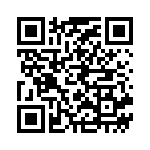