Side 34
The Industrial Reorganization Corporation , set up by the Labour Government to encourage mergers and reorganization in the private sector of industry , was to be wound up ; the Regional Employ . ment Premium , designed to encourage ...
Side 505
Daladier , Edouard , Prime Minister of Chapman , Professor Sydney , FRS , did France at the time of the Munich agreework of the first magnitude in the fields of ment and at the outbreak of war in stellar dynamics , terrestrial magnetism ...
Side 518
... powers of govern- Free Trade Ministers , both Liberal and ment to the army commander , General Labour , from the Government that Suharto , though he continued as President autumn . Sinclair became leader of the until February 1967. 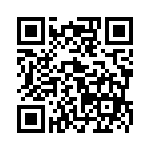