Since I must clearly freely admit that I do not have the technical training to assess the truth of the arguments, I must simply follow my custom of stating my reading of the style-- since I am, after ... Les hele vurderingen

Charles Luthwidge Dodgson was born in Daresbury, England on January 27, 1832. He became a minister of the Church of England and a lecturer in mathematics at Christ Church College, Oxford. He was the author, under his own name, of An Elementary Treatise on Determinants, Symbolic Logic, and other scholarly treatises. He is better known by his pen name of Lewis Carroll. Using this name, he wrote Alice in Wonderland and Through the Looking Glass. He was also a pioneering photographer, and he took many pictures of young children, especially girls, with whom he seemed to empathize. He died on January 14, 1898. 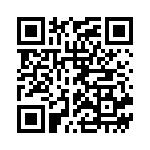