Christoph Lüthy, Ph.D. (1965), Harvard, is a Fellow at the Center for Medieval and Renaissance Natural Philosopy at Nijmegen University, The Netherlands. His publications deal with early modern philosophers and scientists (J.C. Scaliger, Bruno, Basson, Sennert), with theories of matter, microscopy, and scientific imagery.
John E. Murdoch is Professor of the History of Science at Harvard University, where he teaches ancient and medieval science and philosophy. Although he has published in medieval Latin mathematics, most of his articles deal with fourteenth-century natural philosophy.
William R. Newman is Professor in the Department of History and Philosophy of Science at Indiana University. He has written numerous articles on medieval and early modern alchemy and matter theory, and his most recent book is Gehennical Fire: The Lives of Georges Starkey. An American Alchemist in the Scientific Revolution (Harvard University Press, 1994). 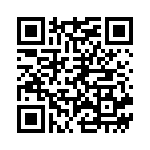