Vincent Carretta, professor of English at the University of Maryland, is currently a senior fellow at Harvard University’s W. E. B. Du Bois Institute for African and African American Research. His books include scholarly editions of the works of Equiano and of Equiano’s contemporaries Ignatius Sancho, Ottobah Cugoano, and Phillis Wheatley. 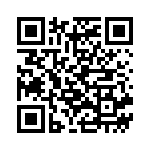